Thanks...good perspective.  Let go of all point-scoring and (for me) the need to 'land' on any of this.  It has to be an ongoing discussion, like so much else. 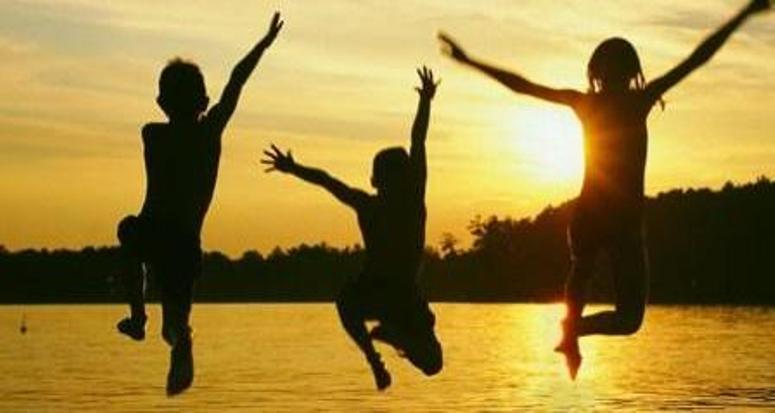 It's been a busy Summer so far in this neck of the woods, and with August upon us now, the real heat has just kicked in. Somewhat atypical for the Okanagan, but it seems that change is the new normal. So what came to mind as I thought about all the moving parts within our Vineyard family, all the balls still up in the air, was how on earth I could distill what we are hearing in this season of "Meta change."

Meta (from the Greek meta – meaning "after" or "beyond" is a prefix used in English to indicate a concept that is an abstraction behind another concept, used to complete or add to the latter.  (Wikipedia) 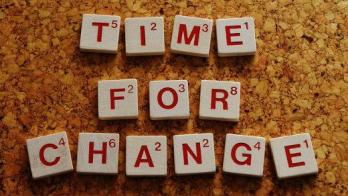 The term "Meta change" popped into my head as I pondered and prayed about this newsletter. And then I began to think...and think...and stew and cogitate. Until my thinker was sore and tired, and my spirit was agitated. Clearly, overthinking wasn't what the Holy Spirit was inspiring! He isn't agitated by the current cultural swirl, within and without the Church. He is fully in control, and if I was to apply the term "Meta" anywhere in this letter, it would be to say that He has "Meta-authority" over all other authorities that compete for attention.

The pull to polarized thinking is powerful right now, and as followers of the Christ we must discern the spirit behind things. The apostle John in 1 John 4: 1-5, put it this way:

"My dear friends, don't believe everything you hear. Carefully weigh and examine what people tell you. Not everyone who talks about God comes from God. There are a lot of lying preachers loose in the world. Here's how you test for the genuine spirit of God. Everyone who confesses openly his faith in Jesus Christ – the Son of God, who came as an actual flesh-and-blood person – comes from God and belongs to God. And everyone who refuses to confess faith in Jesus has nothing in common with God. This is the spirit of antichrist that you heard was coming. Well, here it is, sooner than we thought!"    (The Message) 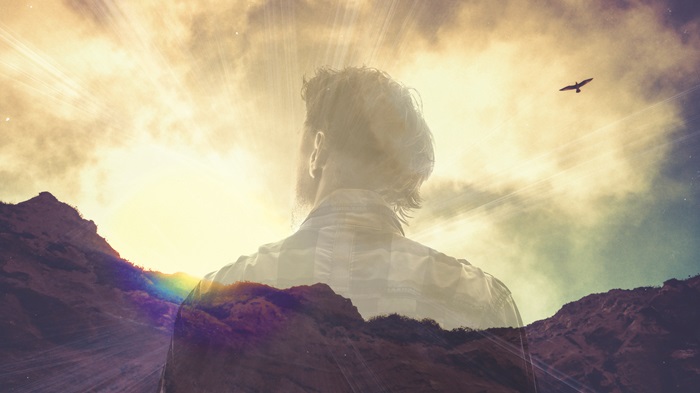 I remember as a new believer many years ago (many, many years...) that I didn't understand the impact of this verse. Original versions of the text said "Jesus Christ is come in the flesh." An excerpt from Jamieson-Faussett-Brown Bible commentary on 1John 4:2 says:

"'Is come' in the Greek perfect tense implies not merely the past historical fact, but the present continuance of the fact, and its blessed effects. His flesh implies His death for us, for only by assuming flesh could He die (for as God, He could not.)"

John didn't mince words here, and as I wrote this out I thought what it would have been like if he had posted this statement on social media back then, if it had existed (imagine a whole bunch of people tasked as runners with messages on scrolls of parchment, running from community to community handing out the messages and waiting for replies so they could run back to the original 'poster' with the word "like" carefully penned...). Humour aside, I think there would have been more to the comments section than a simple "like." Controversy was constant companion to Jesus and His disciples wherever they went. 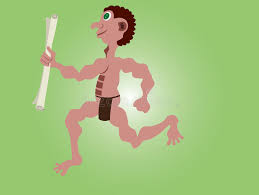 John's warning seems particularly prescient today. I've noticed a whispering undercurrent beneath many of the hot topics of debate and concern in the Church, and of course that affects our own Vineyard family. I felt that God highlighted this passage because:

there is an ancient root system sending up new shoots right now, and it's purpose is to make us question whether Jesus was both fully God and fully man, or at the very least water down the truth of it.  As with all enemy tactics, it's never as direct as the warning from John. It's couched in subtle, suggestive, and winsome words. It appeals to our reason, and sense of decency and humanity. Nothing harmful in and of itself.

Why would this be a pivotal point right now you ask? Simply (and because I'm no bible scholar), if we reduce Him to merely a wise teacher or God's spokesman, we deny the Divine Love that came to earth so we could have relationship with the Father. If we deny that He was a flesh and blood man, or diminish the impact of that, then the work of the cross is nullified. When we wobble to one side or the other, that is when the waters get murky.

In the normal course of walking out our faith, there will be seasons of questioning and uncertainty, even some healthy deconstructing that hopefully leads to a richer more vibrant relationship with Christ and one another. In the Spring Newsletter, I wrote that God was calling us to honest, raw, vulnerable connection with each other. Relationship must be a core value and a bearing wall in all that we build. I need that. I'm betting you do too. Despite knowing this, we still find ourselves at the mercy of information overload unless we're careful to manage it. And in the midst of the noise, there is that whispering undercurrent again, "Did God really say?... (Genesis 3:1 -  The Message)

The warning (and I think it's appropriate to call it such), is to remain introspective and to weigh, test, and discern the spirit behind the messages presented to all of us as we seek to hear His still, small voice.

During the National Team meetings in Kelowna, B.C. this past July, the Lord met us in some profound ways as we listened to wise teaching, worshiped together, and waited and prayed for Holy Spirit intervention. Just as He promised, He was with us, and it was a time that many described as "standing on holy ground." If you've ever wondered about those who serve on the team, and I understand that I might not be impartial, they are a seasoned and humble lot who truly love Jesus. Their ultimate mandate is to seek Him in all they do, and serve the Vineyard churches with sacrificial love. I'm so honoured to walk alongside these ones.

So let me tell you what happened. The Lord met us as I said, on the second night of deliberations over difficult subjects. The hope was that we would reach consensus as a team, particularly on a way forward from that point. Yet, God had another plan in mind.

He wasn't looking as much for the outcome, as the process and the deference to one another. He was waiting to see if we would choose to honour each other out of love.

As we would soon understand, that was the way forward! It wasn't a cut and dried decision that could be done then and there, it was a process to ensure that all the sheep were cared for, for we might have the ninety-nine, but God was seeing the one. He sees what we cannot see, and protects us from it.

During this gathering, the Lord spoke prophetically as He is faithful to do. He gave a picture of the scales of justice. They were out of alignment, but the greater our longing for the Bridegroom became, the weight of that longing began to balance our season of waiting on the other side. This was His invitation to us: to pray and travail for his visitation.

During the long evening on the second night that I referenced, there was a very strong sense that the enemy was opposing the function of prophetic discernment making a way. Ultimately, Satan desires death to all of God's plans and purposes, but he wasn't going to succeed, so he pitched a fit and the warfare was significant during this time. Anyone who has raised children can relate to the nature of tantrums...you just have to hold calm space and wait them out.

A little while before the National Team gathering, there was a picture that the Lord gave us during a Foundation Team meeting. It was a series of ascending hills peppered with colorful flags or pennants. It seemed to indicate the journey of the Vineyard thus far. The pennants were driven into the grassy, soft earth of the hills, but as we journeyed, the hills became steeper and the pennants fewer. At the top, the grassy earth became smooth rock, much like the Canadian shield. There, the rock had been drilled to create a hole in which a final pennant was driven. It was white, as though indicating surrender. Yet, as the symbolism was researched, it became apparent that a white flag can also indicate that one is coming "without arms." The Lord was saying, "Don't weaponize yourselves!" At the top of the rock outcropping, it led to a cave that inhabited a fiery dragon. The sense was that as the flag was driven into the rock, the dragon "left." No fight, no confrontation. And the paths that divided to the left and right of the cave had weathered, faded, and worn flags that were broken and bent. It seemed that the Lord was saying to us that the path of laying down our weapons or "de-weaponizing," was the path that vanquished the fiery dragon.

If I can leave this lengthier than usual missive with some encouraging words, I want to reference the message from our National Director himself, during our local gathering last Sunday.

To be still means: to grow 'slack' – to release – to let go. It also leans into the understanding of leaving something alone – to become weak, and even to fail.
The context is actually in a setting of war. But the turn of phrase is stunning – God will "make wars cease to the ends of the earth. He will break the bow and shatter the spear and burn the shields with fire."
Another Hebrew scholar has rendered the language here to mean, "drop your weapons," "make peace."

Be still within yourself.
Be still towards one another.
Be still in relationship to God.

To be still comes from the same root as the Hebrew for "doctor." To cure, or cause to heal, repair or to make whole.
The invitation is into a type of stillness, a type of ceasing, and even giving into "failure," that allows for a true restorative process of healing, recovery, and repair. A depth of surrender that sounds so much like Jesus!
"Come to Me...and I will give you rest."  (Matthew 11:28) 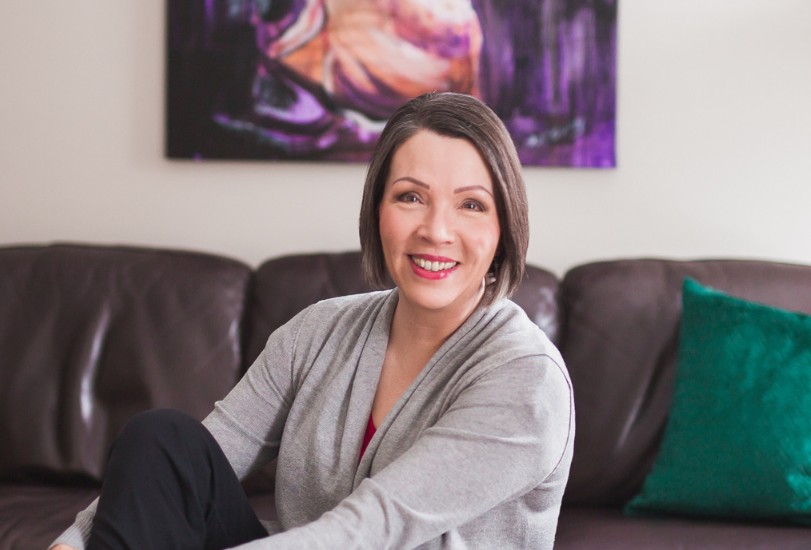 Cathy Graham is the Spiritual Life Coordinator for Vineyard Canada, oversees the Pulse Initiative, and serves on the Foundation Team.